Anatoly Osmolovsky & VLADEY present a collective project titled AGAINST EVERYONE 2018. The slogan «Against Everyone» was presented for the first time to the public as an art manifestation in December 1999, when on the eve of yet another election a few brave men climbed on top of Lenin's Mausoleum under Osmolovsky's leadership and displayed a banner reading «Against Everyone».

18 years later, a new election is around the corner. Lenin's body is still where it was back then. The artist and curator, who became popular in the meanwhile, unites forces with VLADEY's team to reinterpret the slogan which has become relevant again today.

The best artists of the country will unite  to help him with that. The results of the manifestation are unpredictable but the energy and the curator's mastery, as well as the mastery of the participants, are sure to cause a public outcry. What else is necessary to art, when there is no political rivalry, the TV screens are invaded by raging charlatans of different color, and when the Government looks down on culture as if it was a residual phenomenon. Of course, in these circumstances, even a formal and imaginary threat to the Government is a reason for a party.

«I'll be short and concise. On December 26th I propose to open the exhibition AGAINST EVERYONE.

As you know, the new year will be the year of presidential elections. And although there has been no political process in Russia for a long time and the results are known beforehand, still - even a formal and imaginary threat to the Government is a reason for a party. There is no row reading «against everyone» on ballot papers, but the idea is still present. This idea is much broader and deeper than the usual political tactic.

AGAINST EVERYONE - is the password for contemporary art. Contemporary art doesn't look for easy ways, meaning it won't accept the acknowledged.

In the mass-media, Ksenya Sobchak calls herself as the candidate that's «against everyone». I wouldn't want this idea to be relevant for only one specific candidate. Let's demonstrate our version of AGAINST EVERYONE. Everybody's work will be unique.

In summary: bring your ideas and visual portrayals. One relative condition to participate: imagine that the slogan AGAINST EVERYONE is written on your work. It doesn't mean that somebody will do it but it is my formal artistic purpose, my curatorial protocol for this exhibition. It's like a virtual poster game. And the season's festive atmosphere will add to the event some fun and easy-goingness». 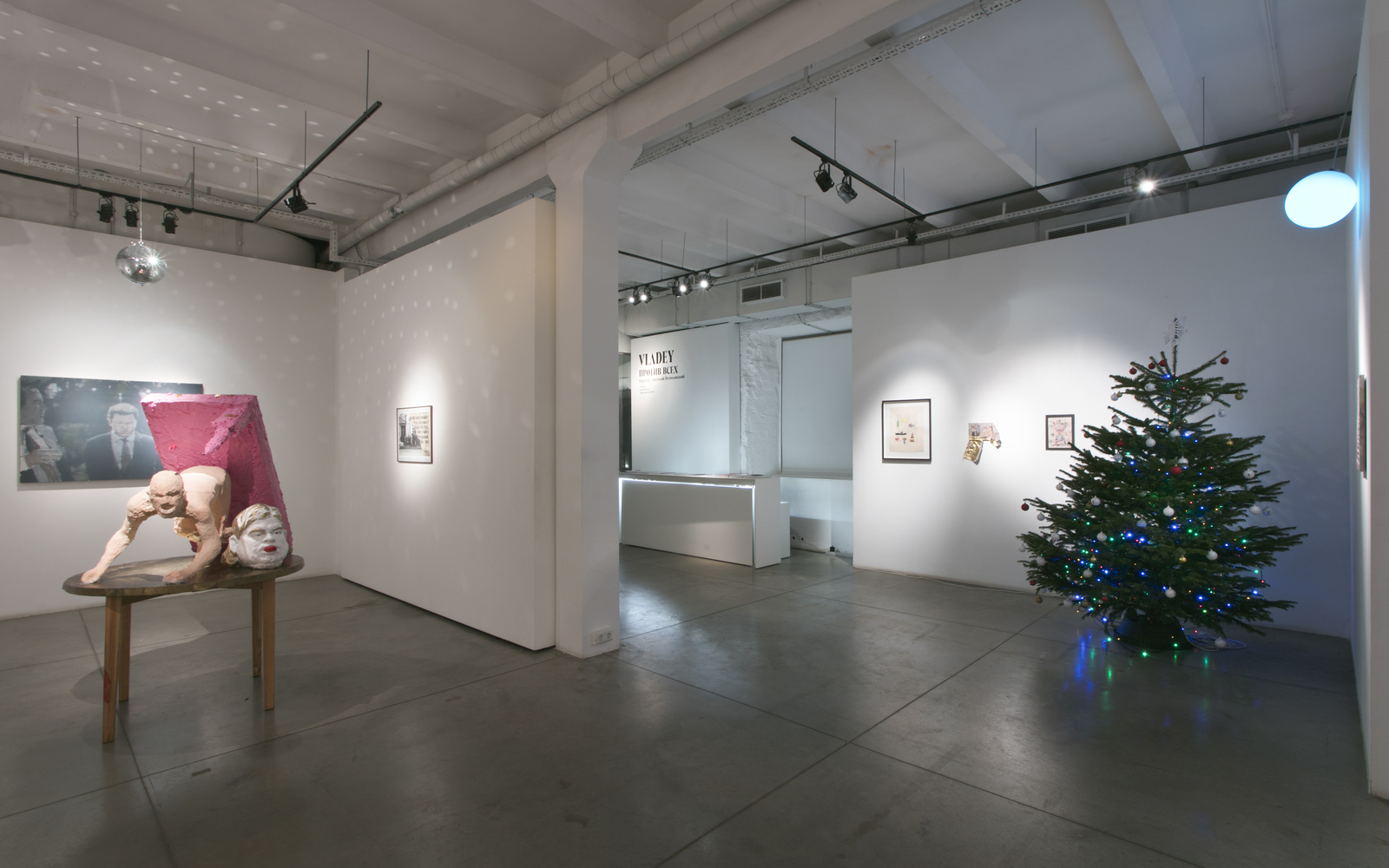 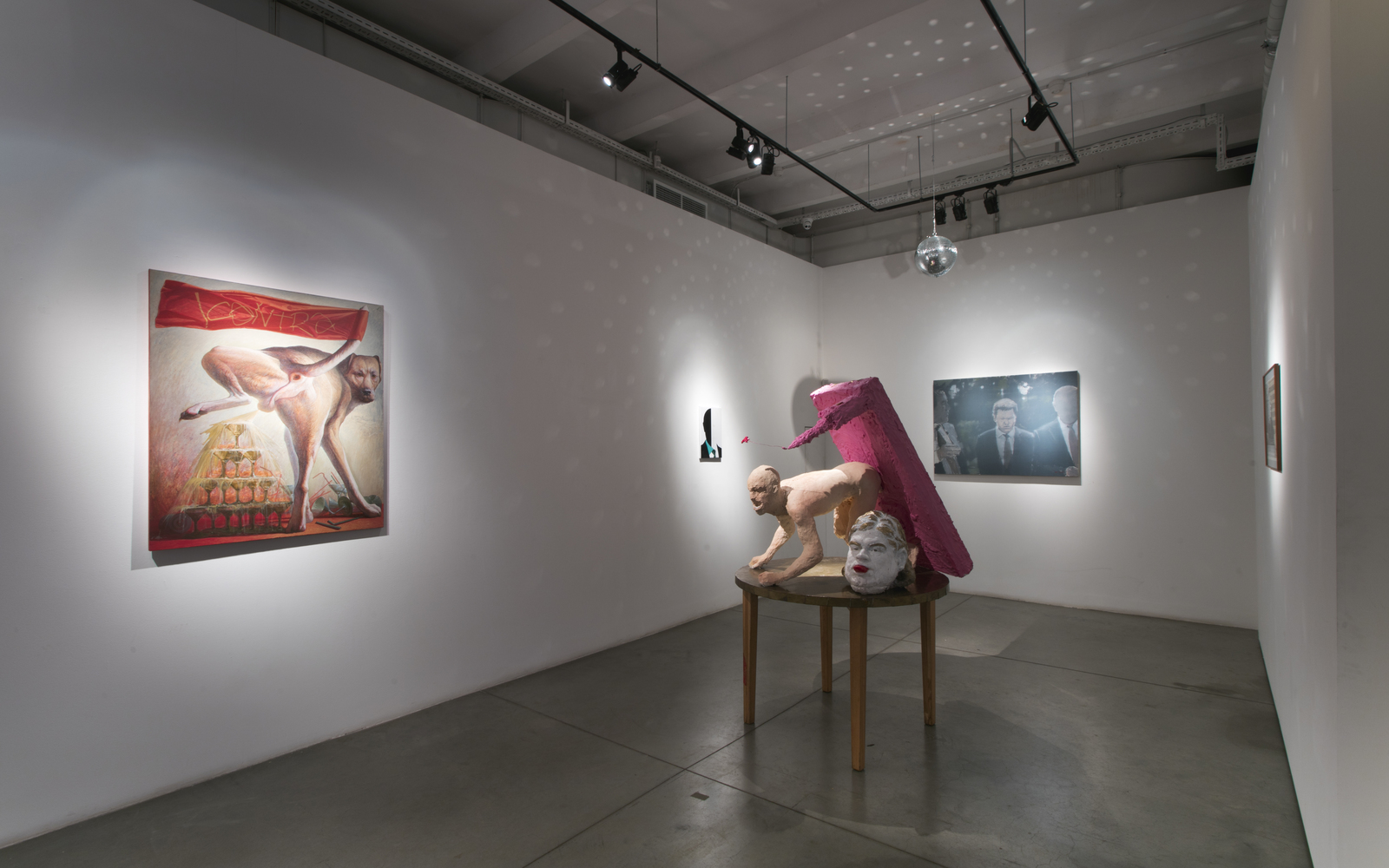 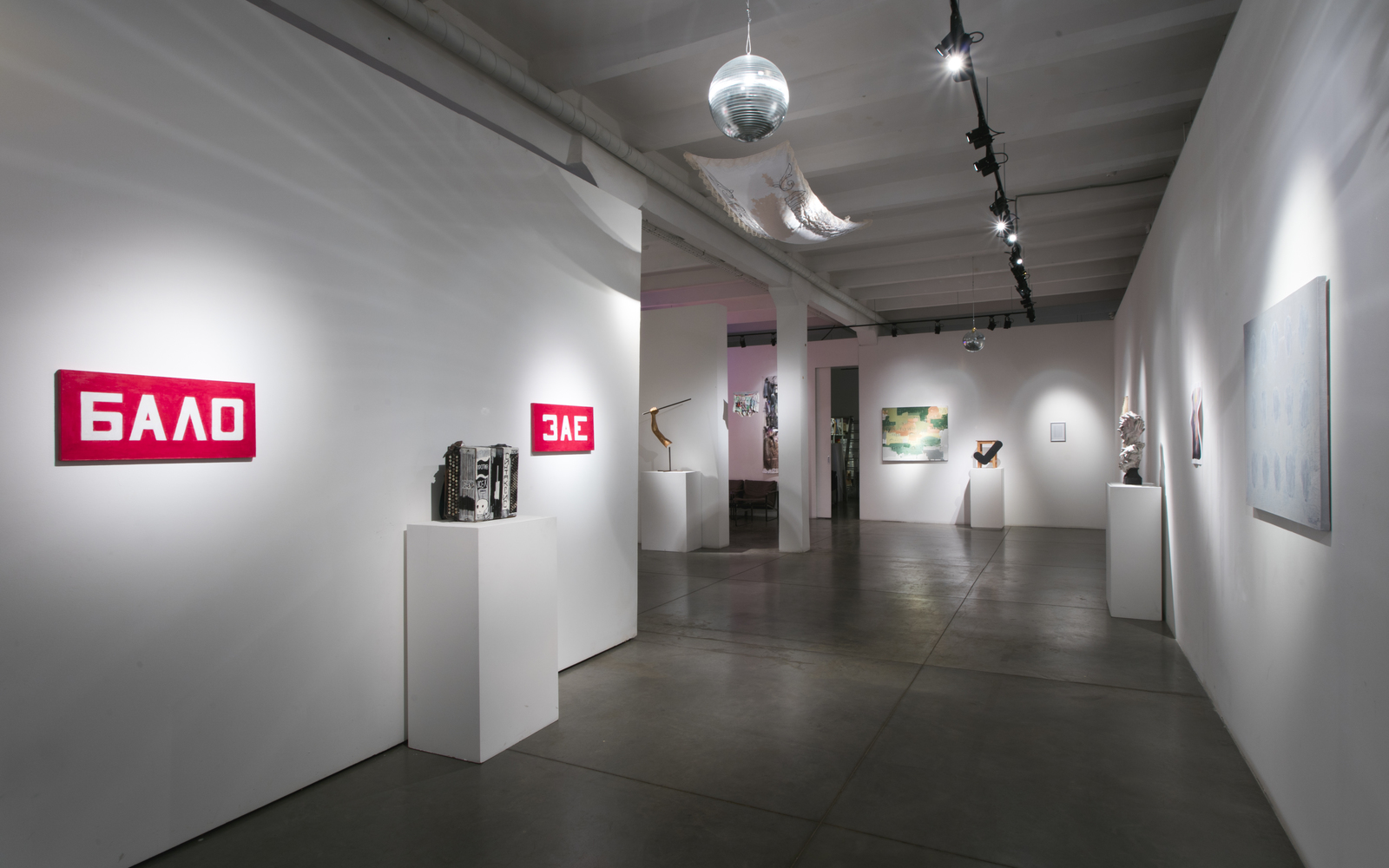 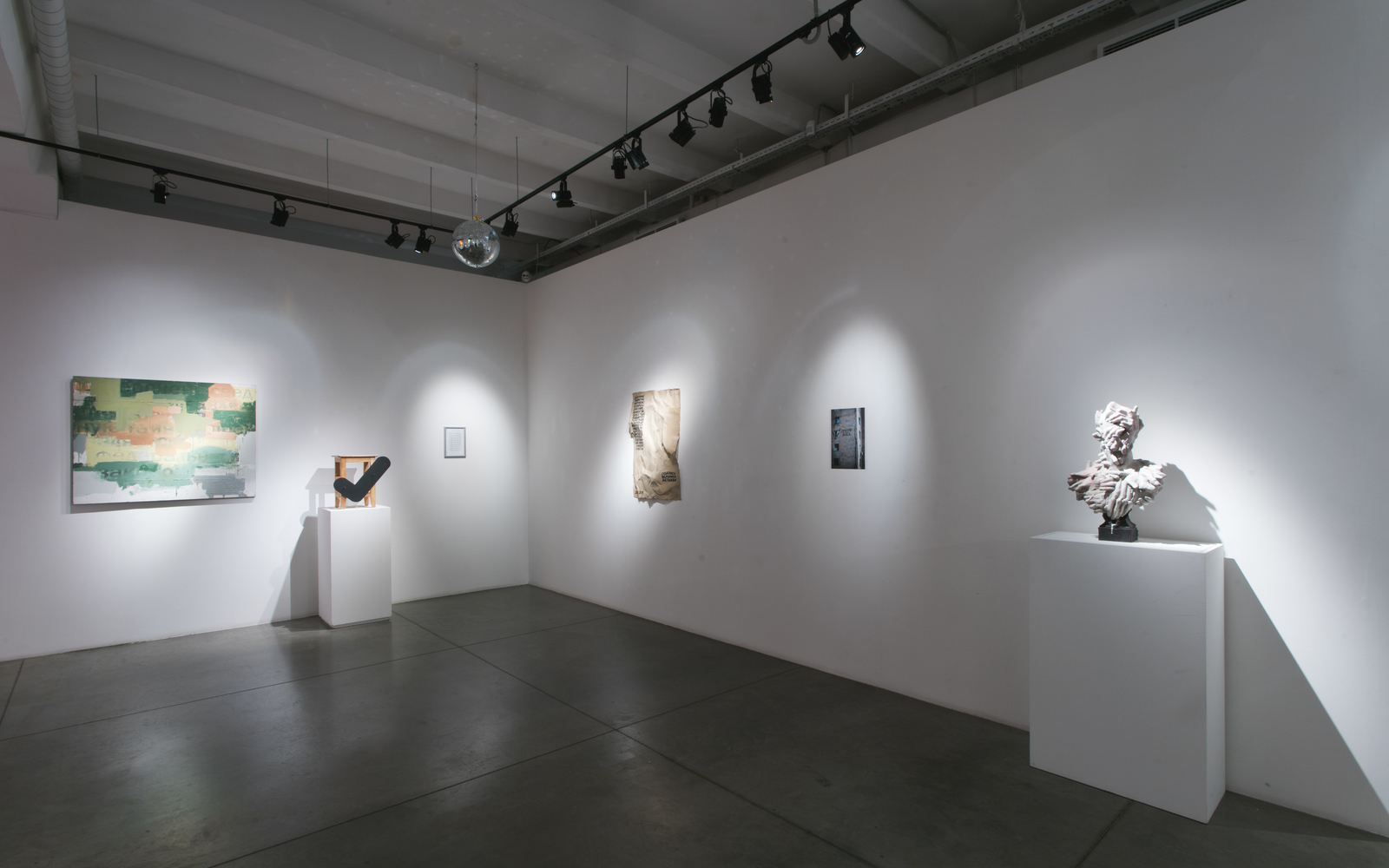 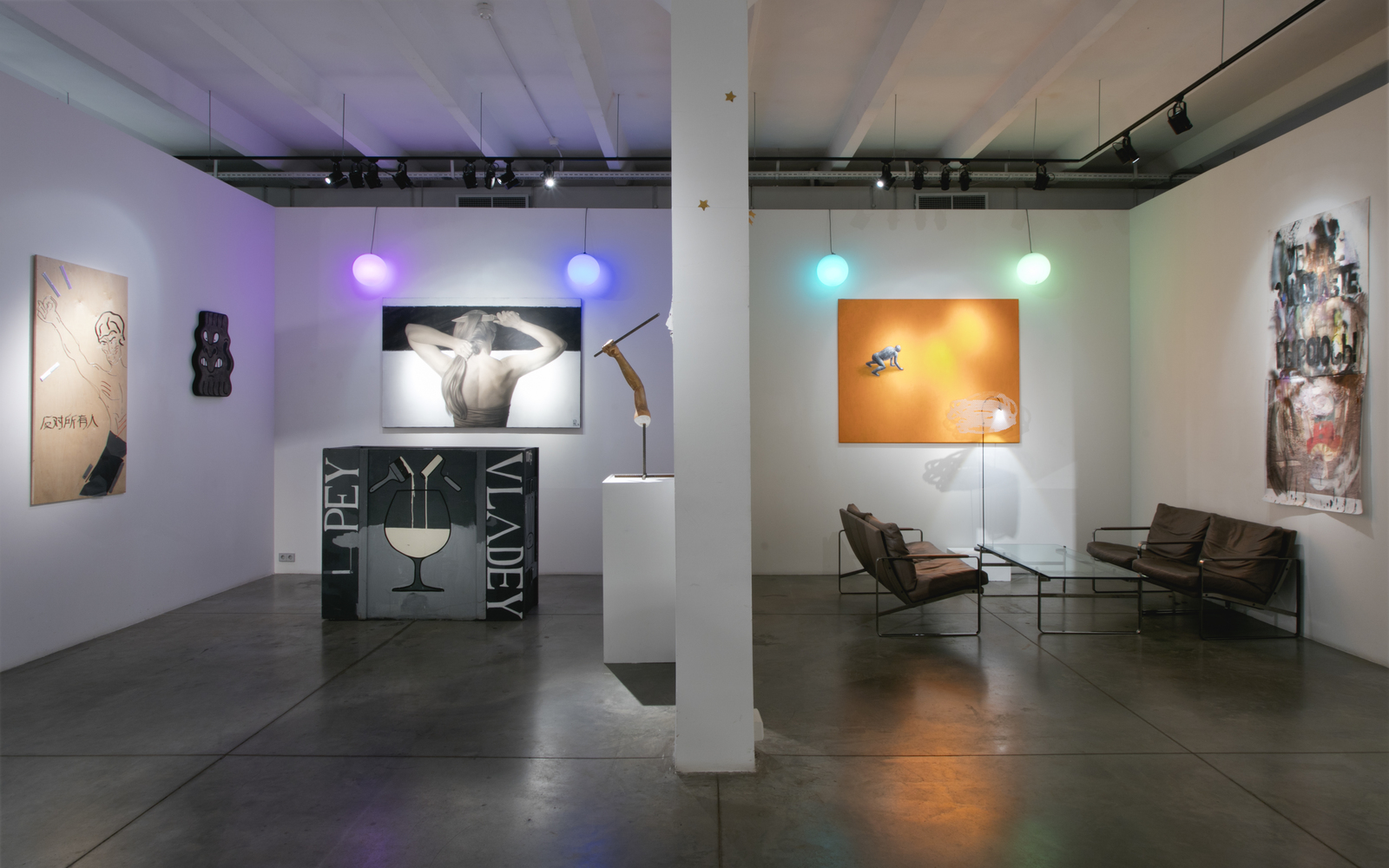