As part of the "Artist of the Week" programme, VLADEY presents a solo exhibition called "XVII" by Tanya Pioniker - one of the brightest representatives of the young generation of Russian artists.

The exhibition features a series of watercolour works by the artist, made with the use of paints, watercolour pencils, and ink. They reflect the satirical view of Pioniker on the historical realities of our country: bloodthirsty red Grib (Mushroom) who started the Revolution, which was destined to change the course of Russian and world history, his successor Grob (Coffin), "... an absolute record-holder for killing people of its own state, stopping the slightest resistance with a slam of the lid in its long and brutal reign”, and, finally, a huge Crab (Krab),"... whose ideas and orders the population initially takes with joy, like a breath of fresh air, which later turns out to be disastrous for many."

The imaginary state system devised by Pioniker is accompanied by the attributes and symbols of power: the flag of the state is red, revolutionary, without any symbols (symbolising lack of stability), the coat of arms is an image of the Heart in the fetters of a crown of thorns, often with the Crab on top, whereas the national anthem is the words of one famous tongue twister learned by all Russian kids at school, which can literally be translated into English as follows: “to rush, to breathe, to hold, to offend, to hear, to see, to hate, to bear, to twirl, to depend, to look”.

Tanya Pioniker: "The exhibition is a satirical "tale" about two countries: the Soviet Union and its successor the Russian Federation, written and illustrated by someone born after the collapse of the Union, someone who lived all their life in the realities of modern Russia, someone who has learned about a country that no longer exists only from the memories of the older generation, textbooks and, perhaps, memes on the Internet. ... The current state of affairs is a logical continuation of the unique history of the state built on the blood shed during the revolution a hundred years ago which was feeding people tales about the imminent advent of "paradise on earth", suppressing real problems of society, concealing key concepts, distorting facts, which eventually led to negation, indifference and, therefore, a gradual oblivion of crimes against humanity. ... However, another revolution is not a panacea for the current situation, which already brings us sadness dragging at our heartstrings. Our main weapon today is laughter. If today at this exhibition you laugh in the face of our enemies together with me, then we still have hope, which means that you are part of my rescue team from the State. We laugh, therefore we are not afraid.” 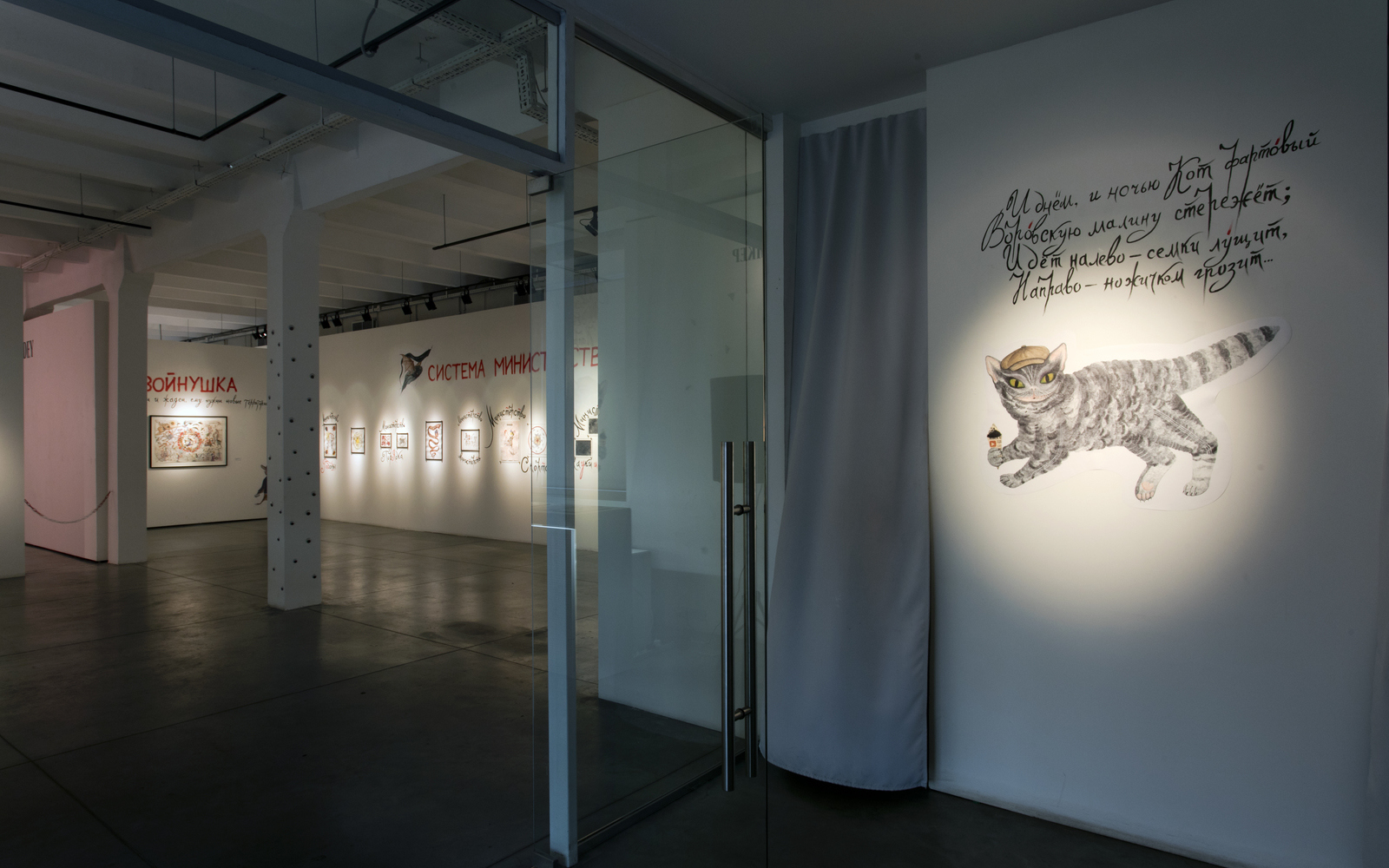 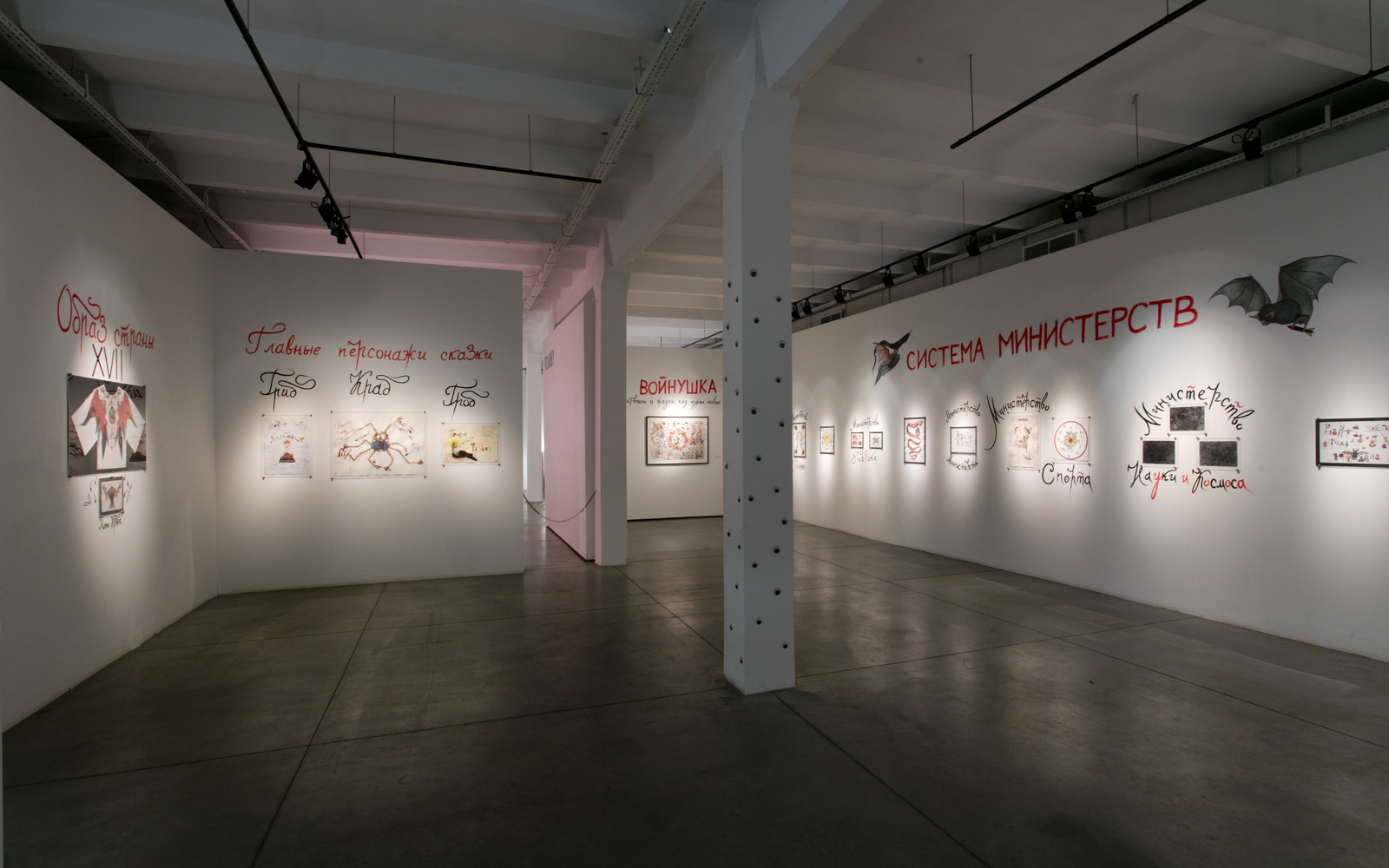 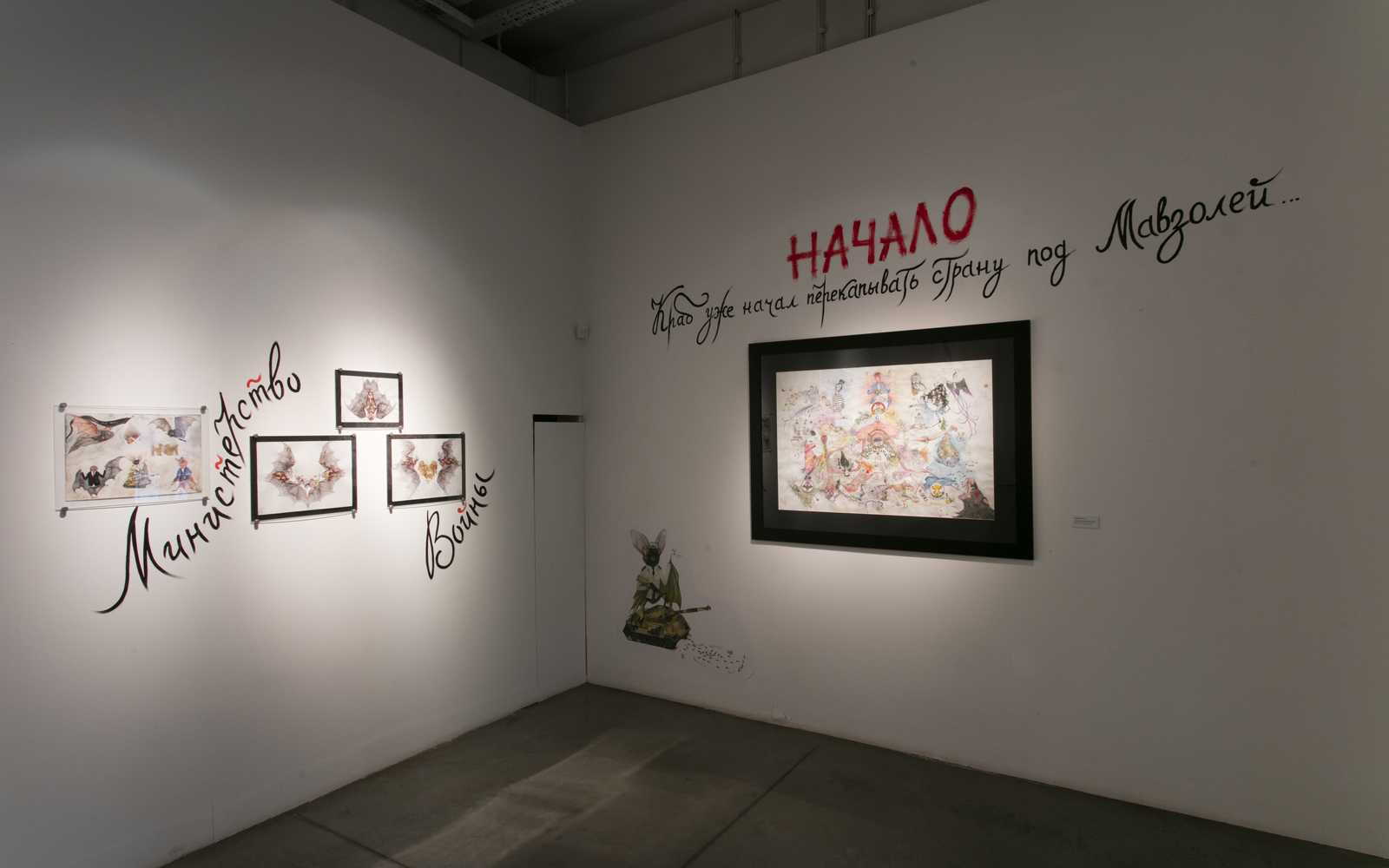 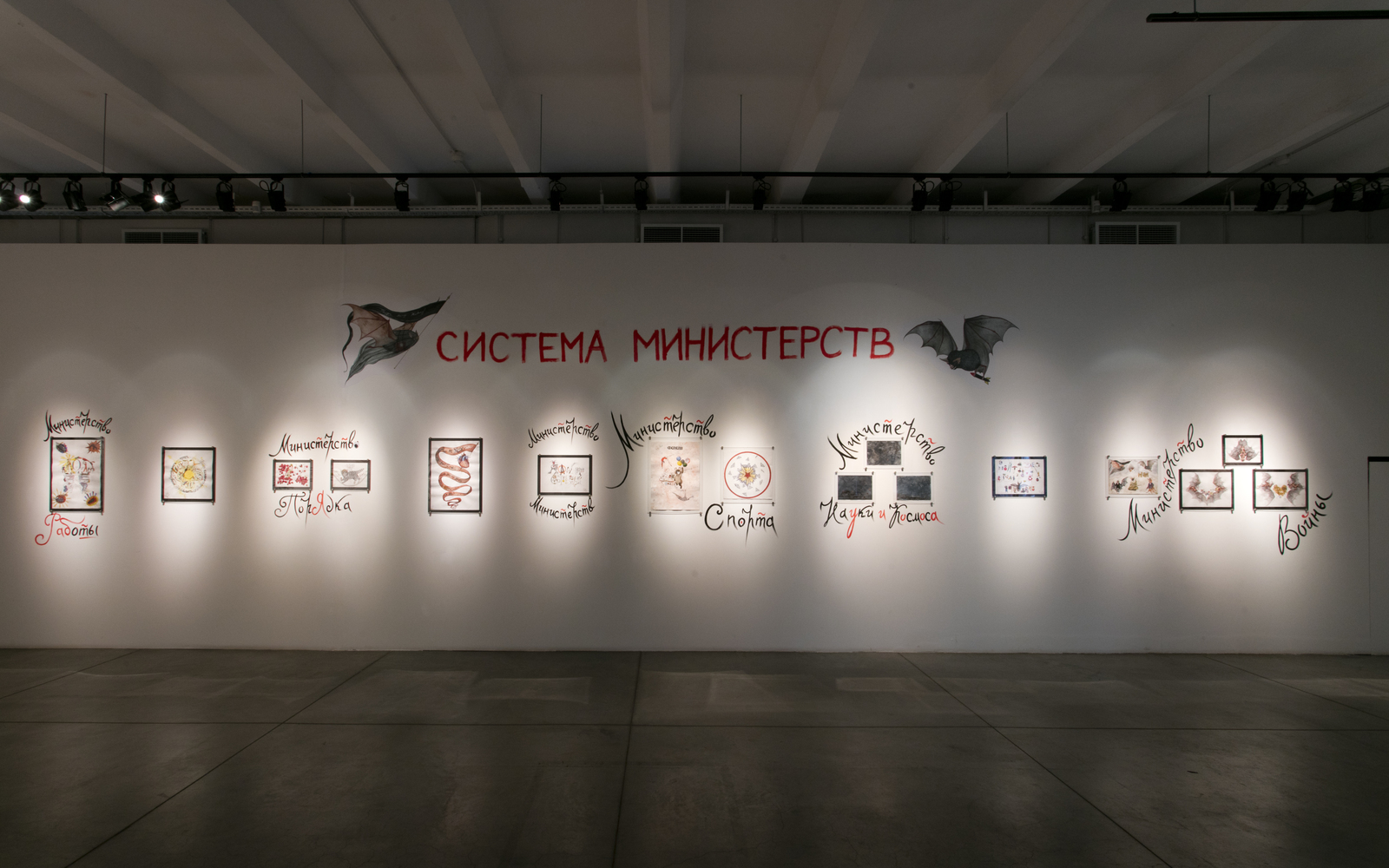 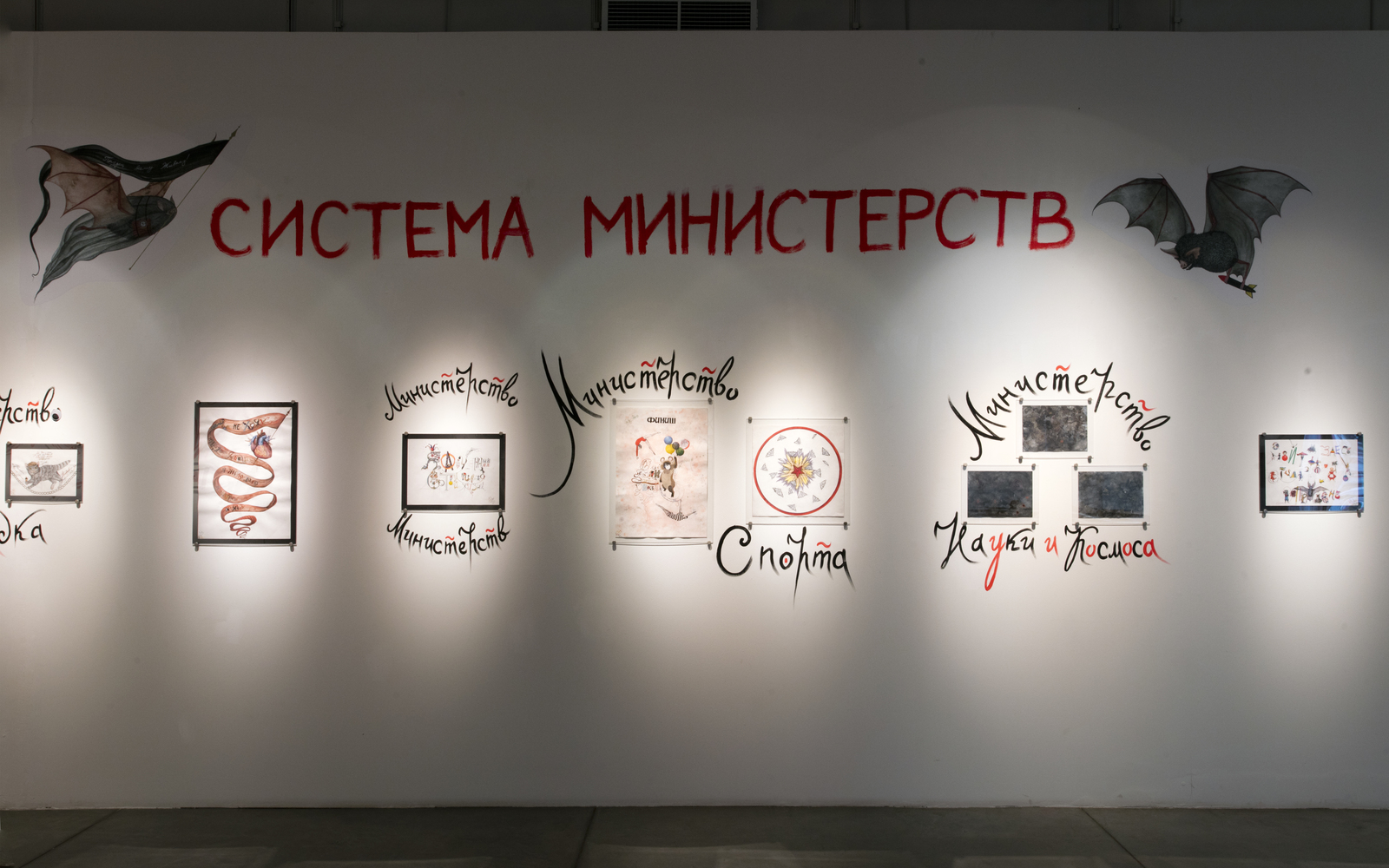 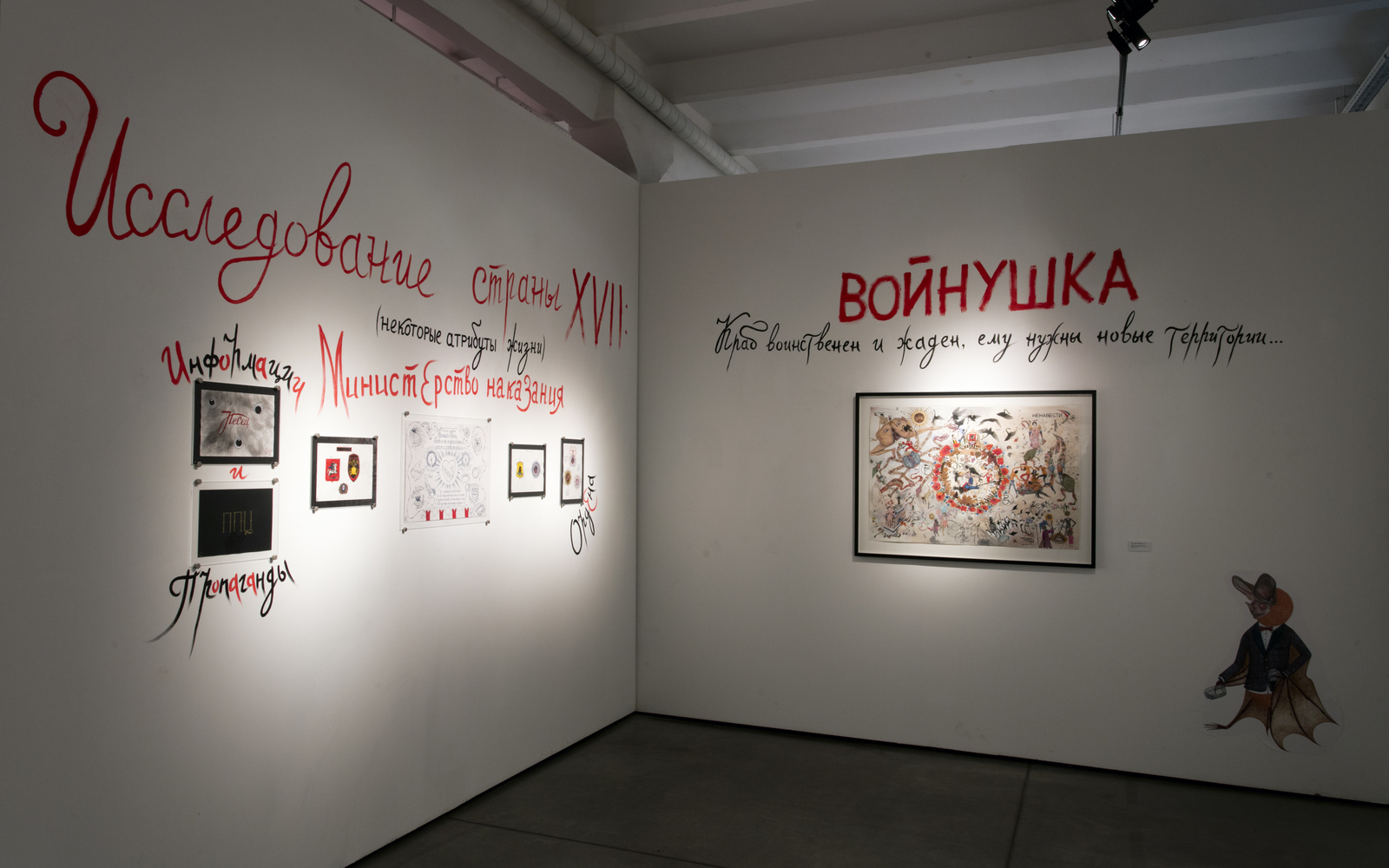 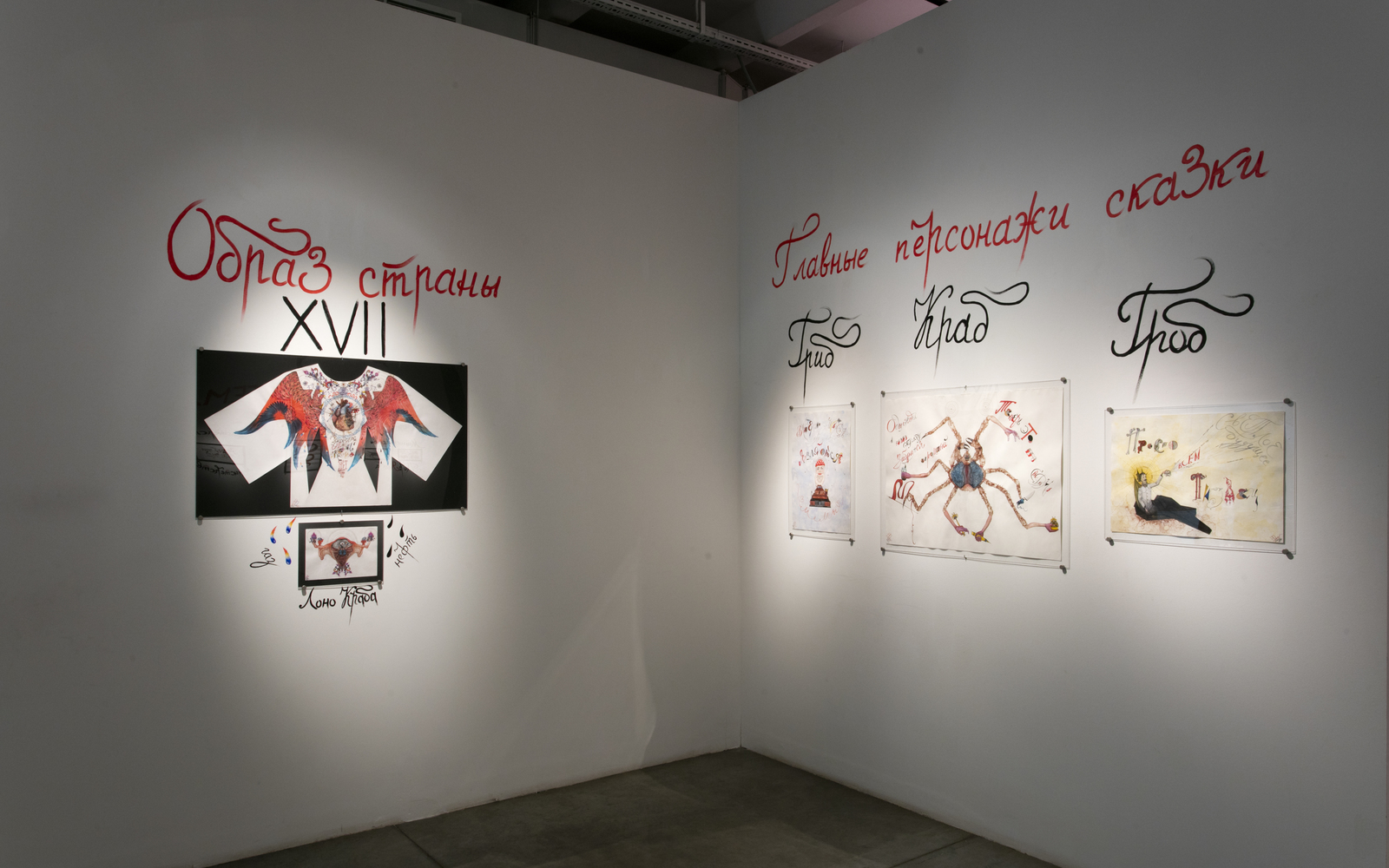 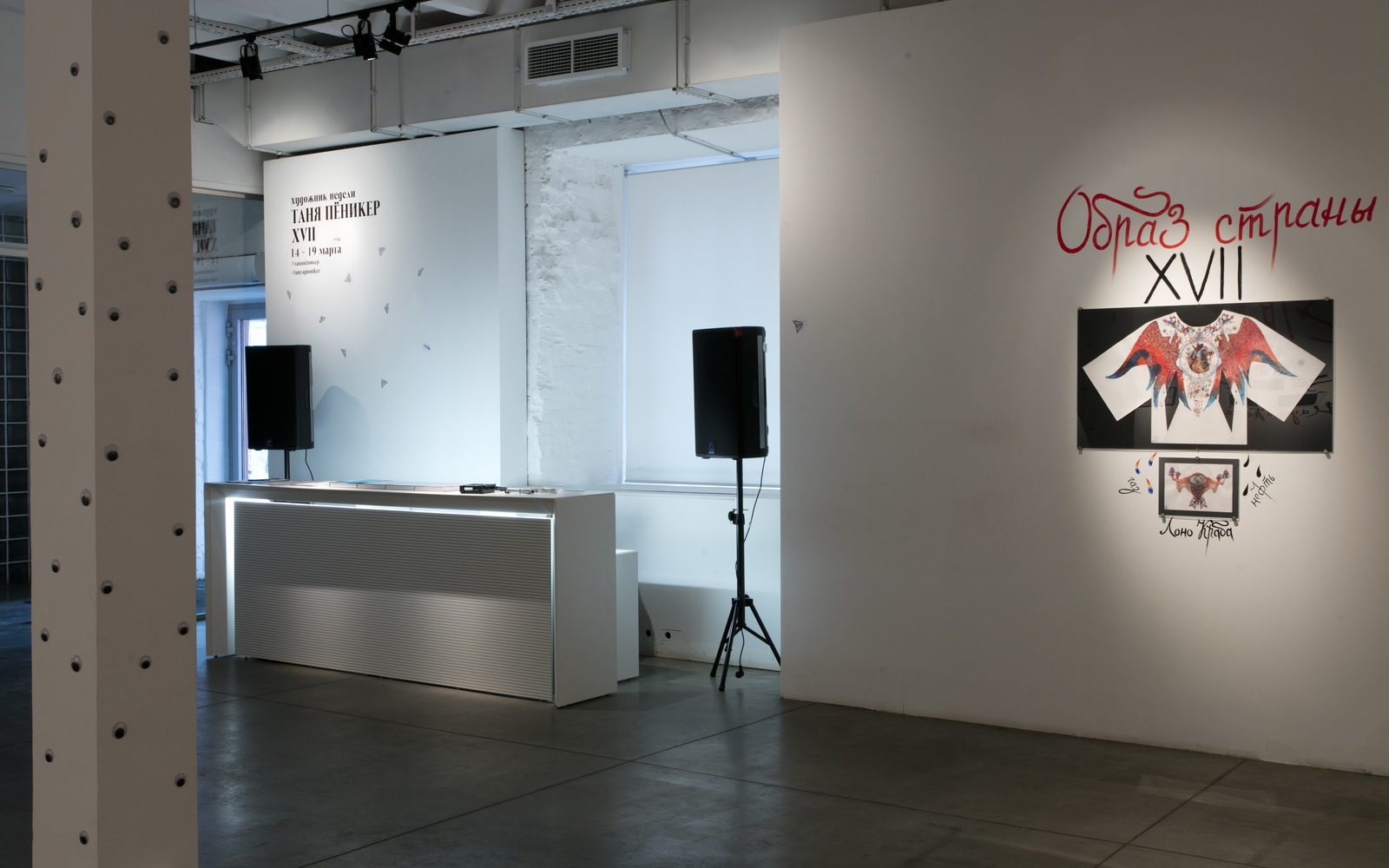 ALL FOR 100 IN QUARANTINE. SERIES OF AUCTIONS. SERIES II

Ghouls with toadstools from the series «XVII», 2016

ALL FOR 100 IN QUARANTINE. SERIES OF AUCTIONS. SERIES IX

The Mausoleum of Mushroom from the series "XVII", 2017

HEROES OF OUR TIME

ALL FOR 100 IN QUARANTINE. SERIES OF AUCTIONS. SERIES X

ALL FOR 100 IN QUARANTINE. SERIES OF AUCTIONS. SERIES V

ALL FOR 100 IN QUARANTINE. SERIES OF AUCTIONS. SERIES I

Constellation, under which I was born, 2016

This is my style and it is not forbidden here, 2017

I want no revolution, I dream of being cured in a private clinic, 2017