Through the program «Artist of the Week» VLADEY presents the new artworks by Oleg Tselkov who is the one of the most notable Soviet Nonconformist masters. Tselkov became a legend of the Moscow underground art very early. Forced to leave USSR in 1977, Oleg Tselkov moved to Paris where he had it all — love of the collectors and museums all over the world. The British newspaper The Guardian called Tselkov «Russian Francis Bacon»; Joseph Brodsky, a poet, a Nobel Prize Winner, who reported honorable mentions to the contemporaries very rarely, said that Tselkov is «the most remarkable Russian artist of the post-war period».

Ten new art pieces, which were created between 2013 and 2015, will be represented for the first time at the VLADEY. The main characters of the works — the «masks» — the constructs of the humanity discovered by Tselkov in 1960s — portrayed in full-length. The artist depicts them in dynamics: in one case they are preparing for the fight in suspense, in the other case they are wrestling with each other or with one-selves. The «masks» burn the viewer instantly with a color, honesty and simplicity. They are highly expressive and
vigorous: they have a volume and plasticity and remind the ancient civilizations primitive sculpture. This plasticity provoke the different deformations making the images assimilated to fluid masses.

Oleg Tselkov: «Last few years I live in a special kind of mood. You will understand it when you hear my story. There were times when ships were ranging the seas and a cabin boy was sitting on a heist mast. Freezing wind was blowing; the boy was sprinkled by salty splashes but he had been looking into the distance for a long time and suddenly he shouted: «The Land!». Something like this happened to me when I regained consciousness in the hospital one day. Then I understood by surprise that the time is running out for me. This feeling didn’t frighten me at all; this one gave me a strong wish to take a crack at art once again. And like the finest cabin boy I shouted: «Oleg, you finally found the land! You finally saw your long-awaited end, last moments of your life». And this is what inspired me, gave me an incredible energy. As a result, I made the whole series of paintings quite fast for myself».

The story about Oleg Tselkov’s creative process made a plot for a documental movie directed by Nicolas Hidiro, a French photographer and producer. The film was based on the essay of Emmanuel Carrère, a French writer, a nominee for Prix Goncourt. A premiere of the movie fragments will be held at VLADEY Space. 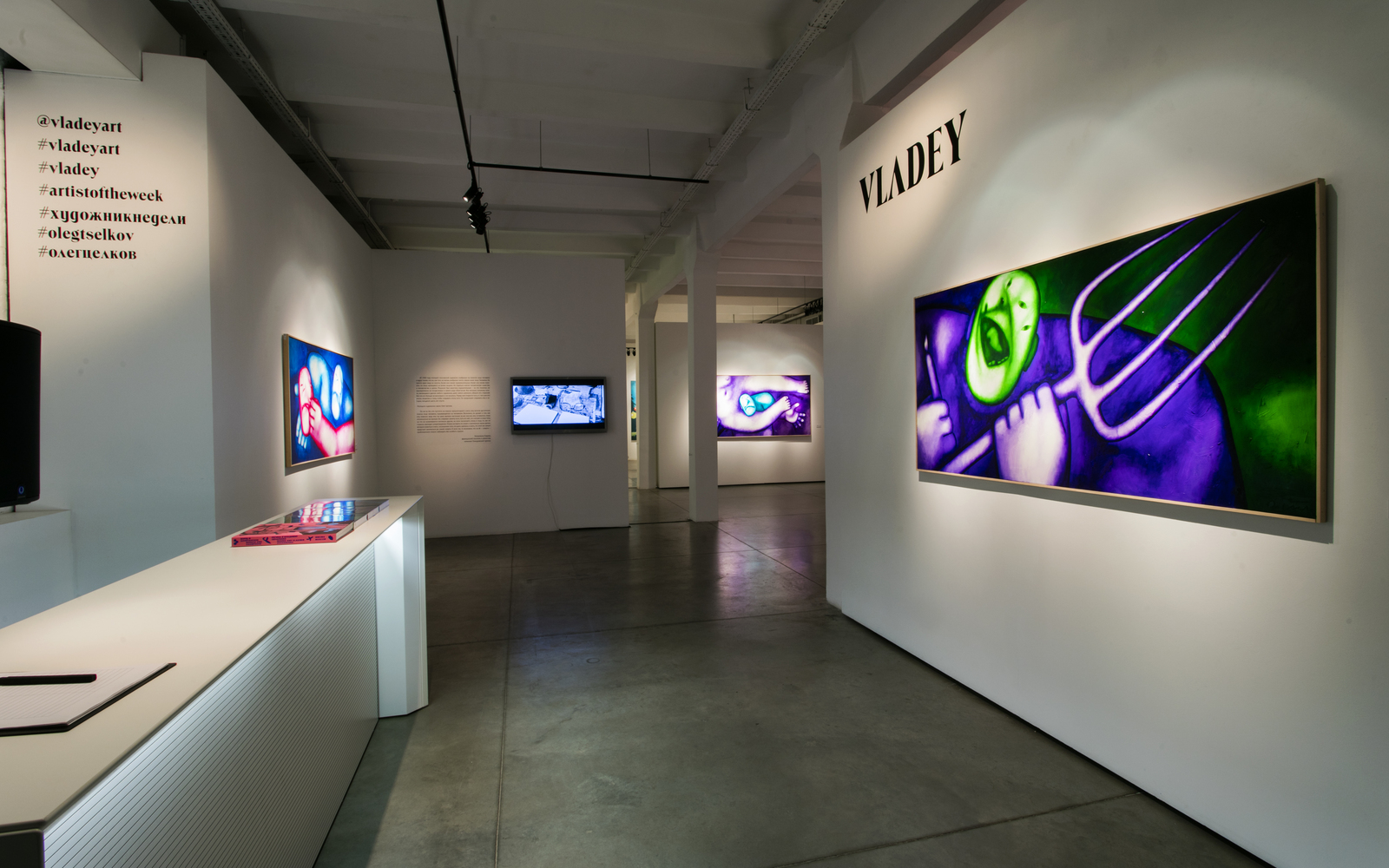 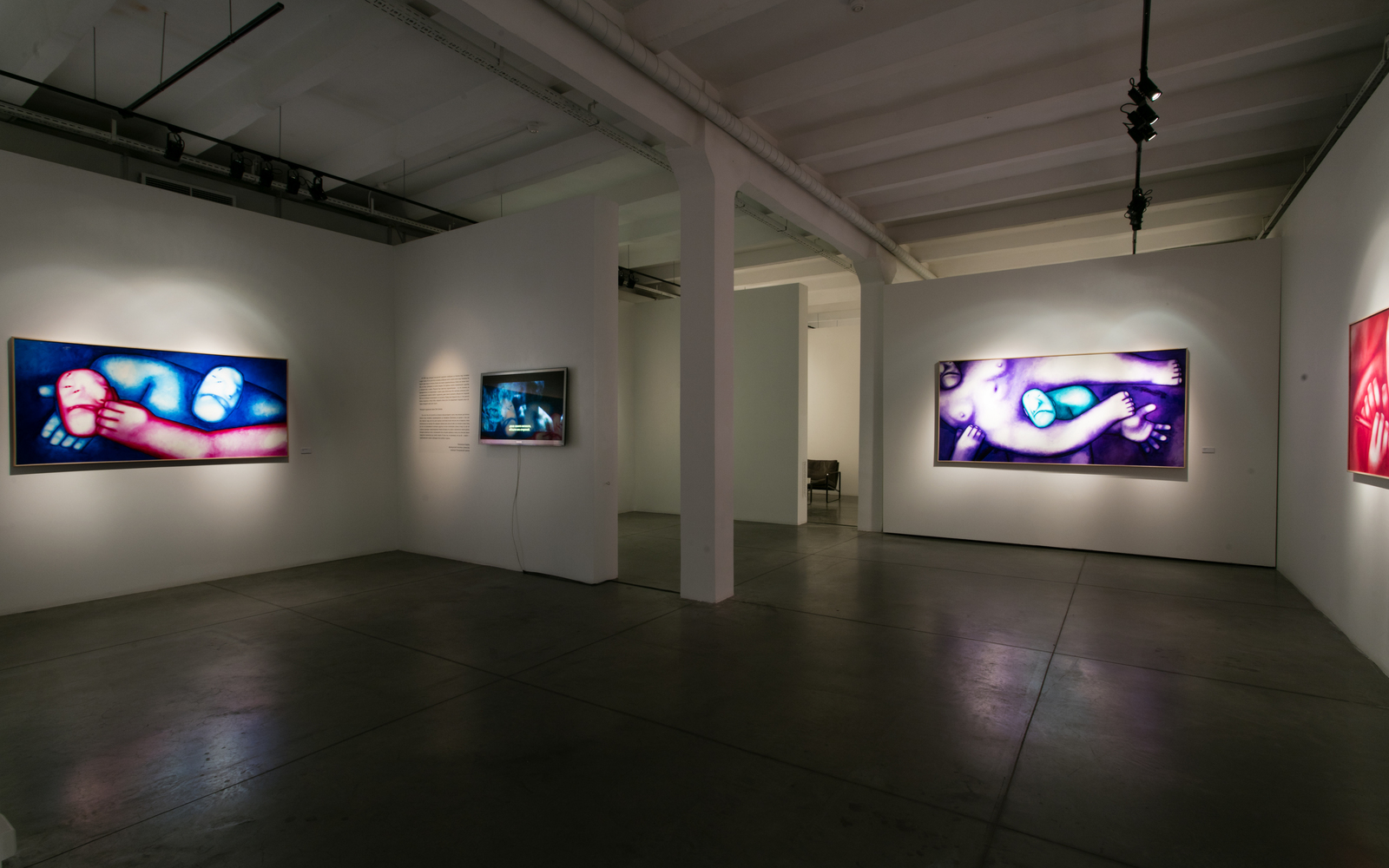 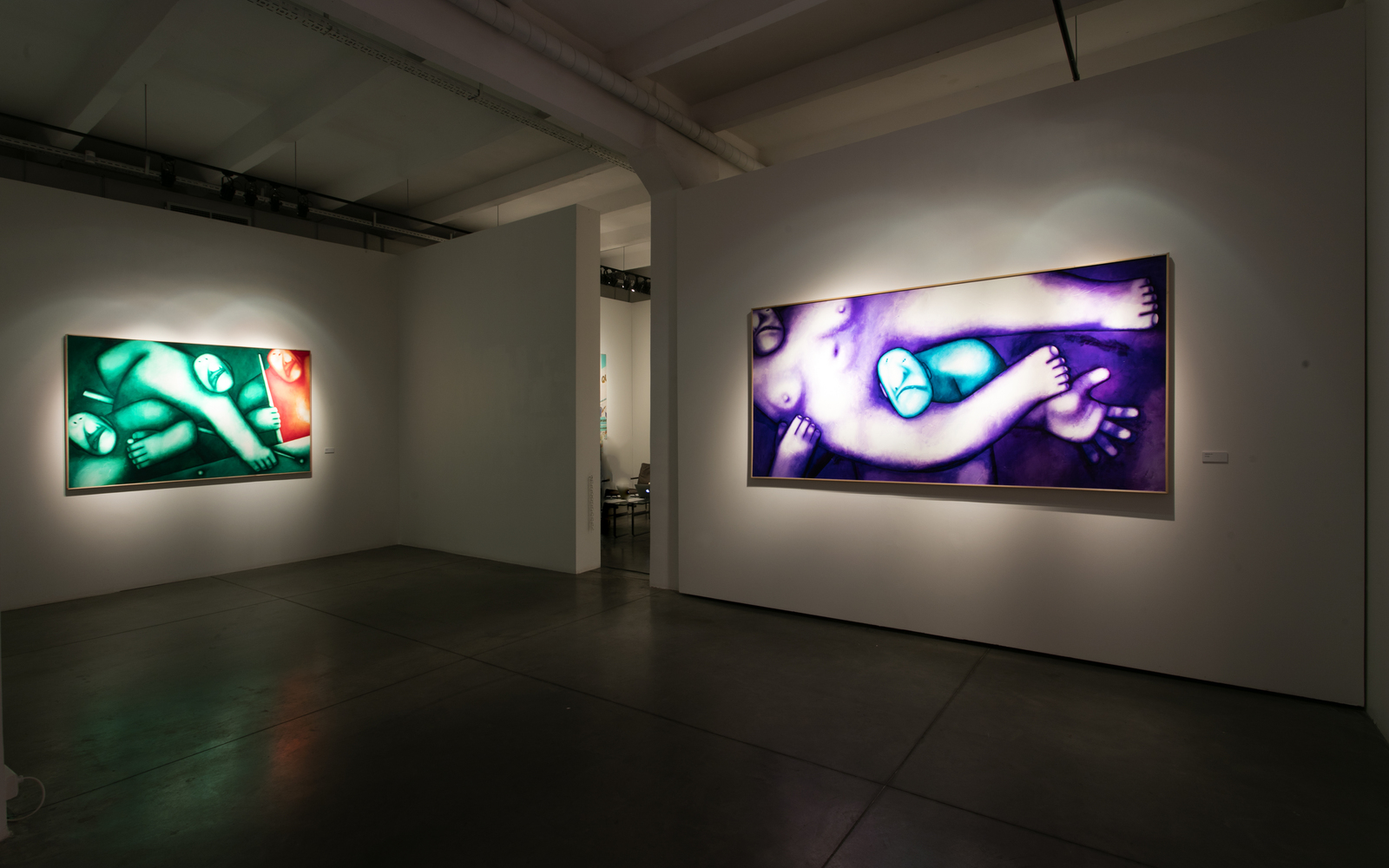 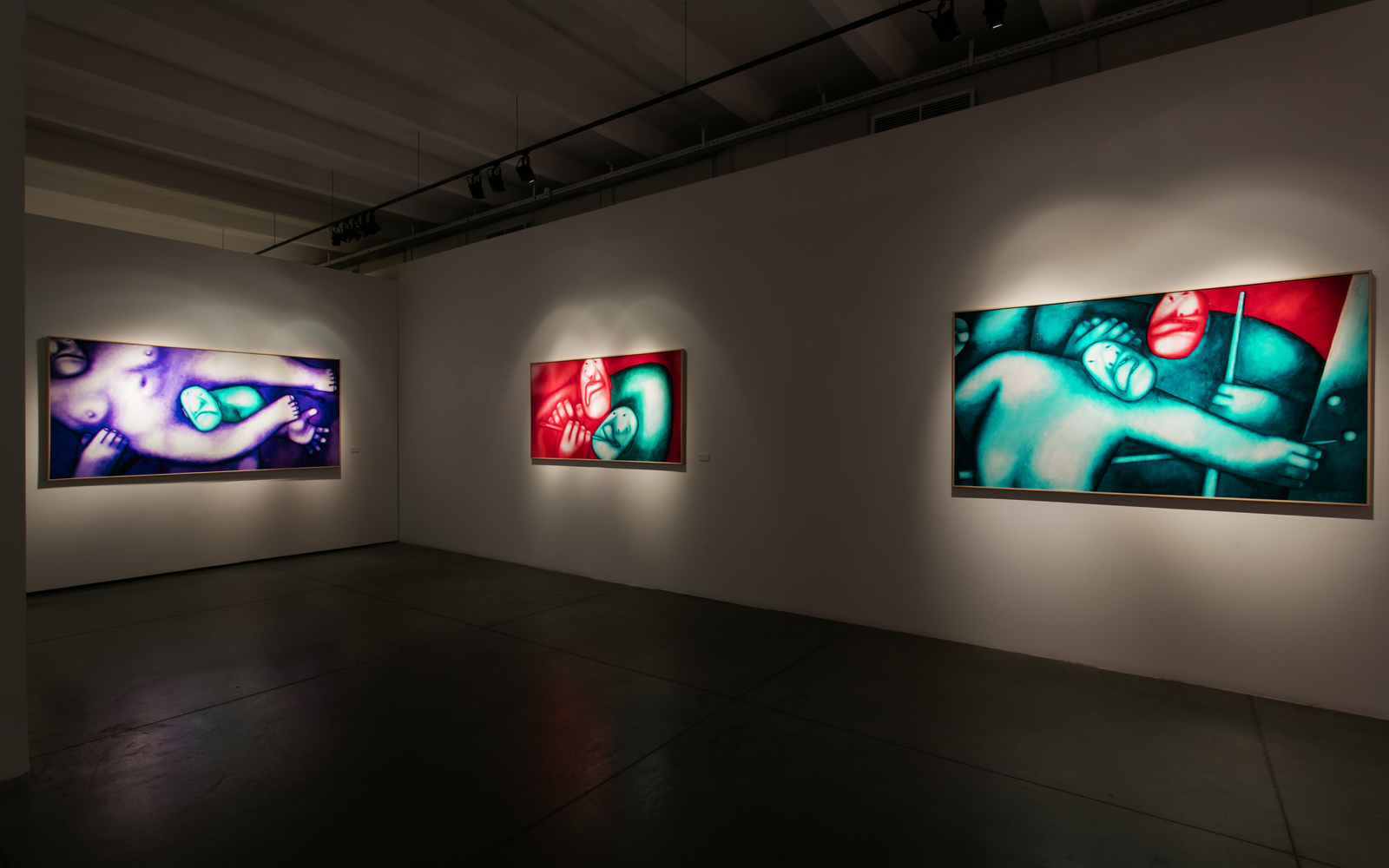 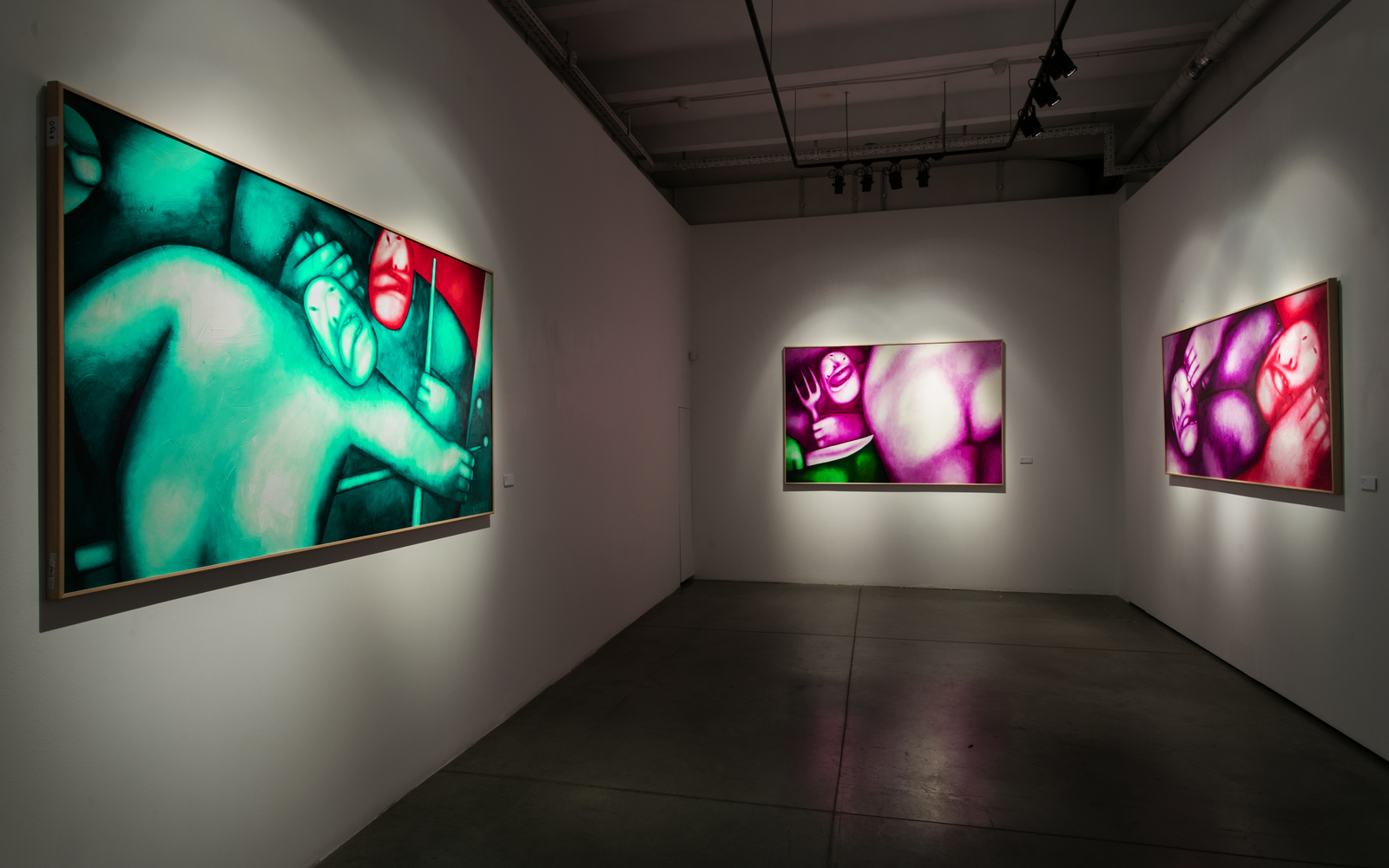 With pitchfork and candle, 2014