Bella Levikova
COMPUTATION OF THE INTEGRAL

VLADEY presents the personal exhibition «Computation of the integral» by Bella Levikova within the framework of the Artist of The Week program.

Bella Levikova refers to nonconformist artists who originated in the 1960’s. In 1965 she found her «creative vision» and took up picturesque abstraction. Levikova participated in the key events of Moscow underground in the 1960’s-1970’s, her works were selected for the famous Sotheby`s auction in 1988 in Moscow, where they were successfully sold. The works by Levikova are in the collections of the Tretyakov Gallery and the Russian Museum.

Bella Levikova summarizes, connects, fuses thousands of streams passing through her consciousness, simultaneously searching for the form, the formula underlying the universe in her works, and therefore often says that she has an «integral vision». We propose to unleash the tangle of meanings, encrypted in each of her new paintings, to try to calculate one of the integrals of this world.

Sacral geometry lies in the basis of Bella Levikova’s ideas about the universe. Several works, directly depicting her thoughts on this topic, are presented at the exhibition – «System B activation» and «Global Object» and others.

Bella Levikova believes that human facilities are tremendous, yet not fully discovered. She felt that she could read information as if from space, anticipate global events taking place on the planet in a certain period of her creativity period. The «Comics» series, presented at the exhibition, refers to such «super sensual perception». Bella Levikova has captured the mood of the time, so the series, quite not typical for her painting manner, appeared, but that is how the modernity reflected. A great variety of associative connections unfold in these paintings, as in comics in these vivid forms one can see both the characters and the infinite unfolding connection between them – this is achieved due to the unity within the series and the composite unity within each space of the canvas. 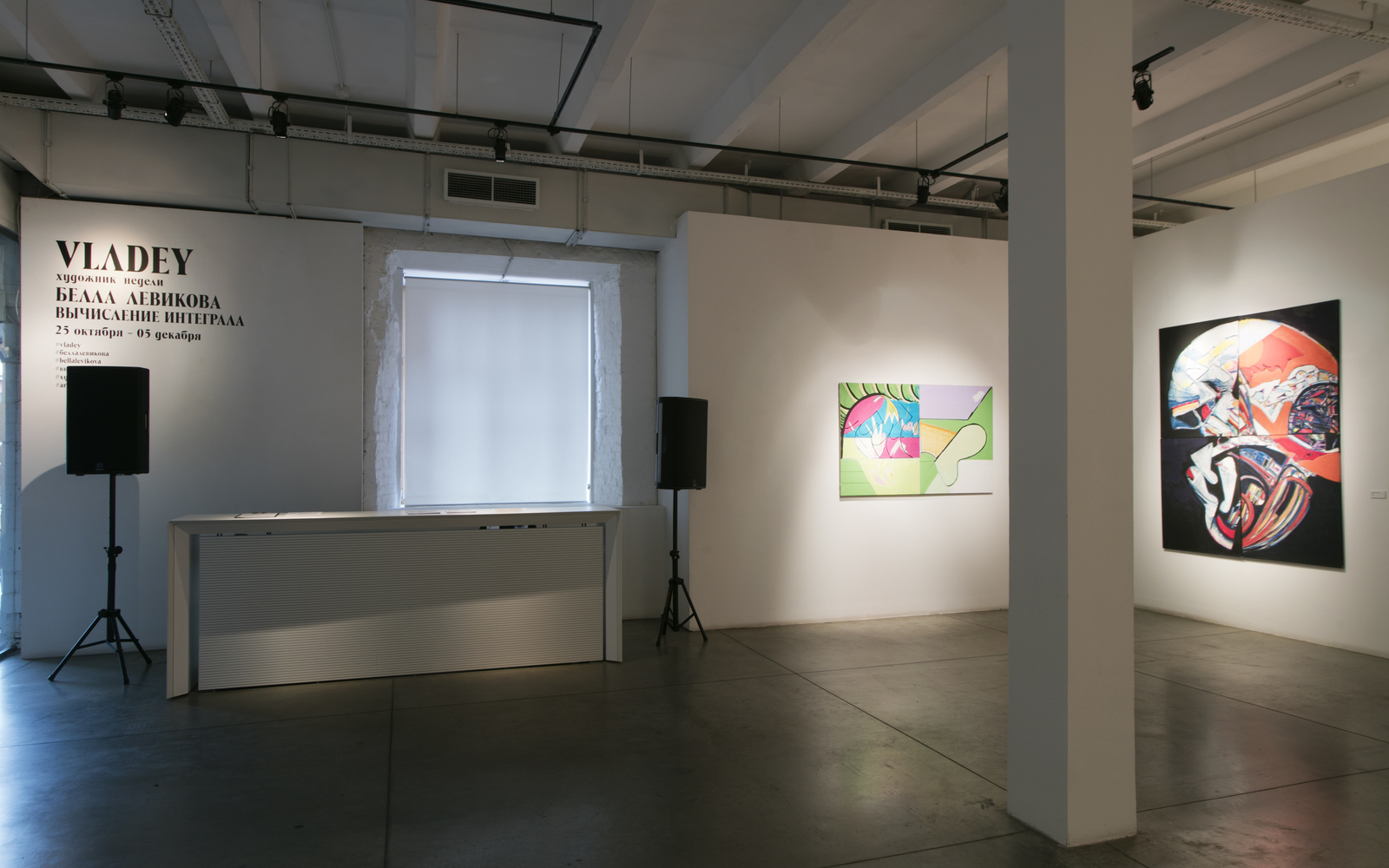 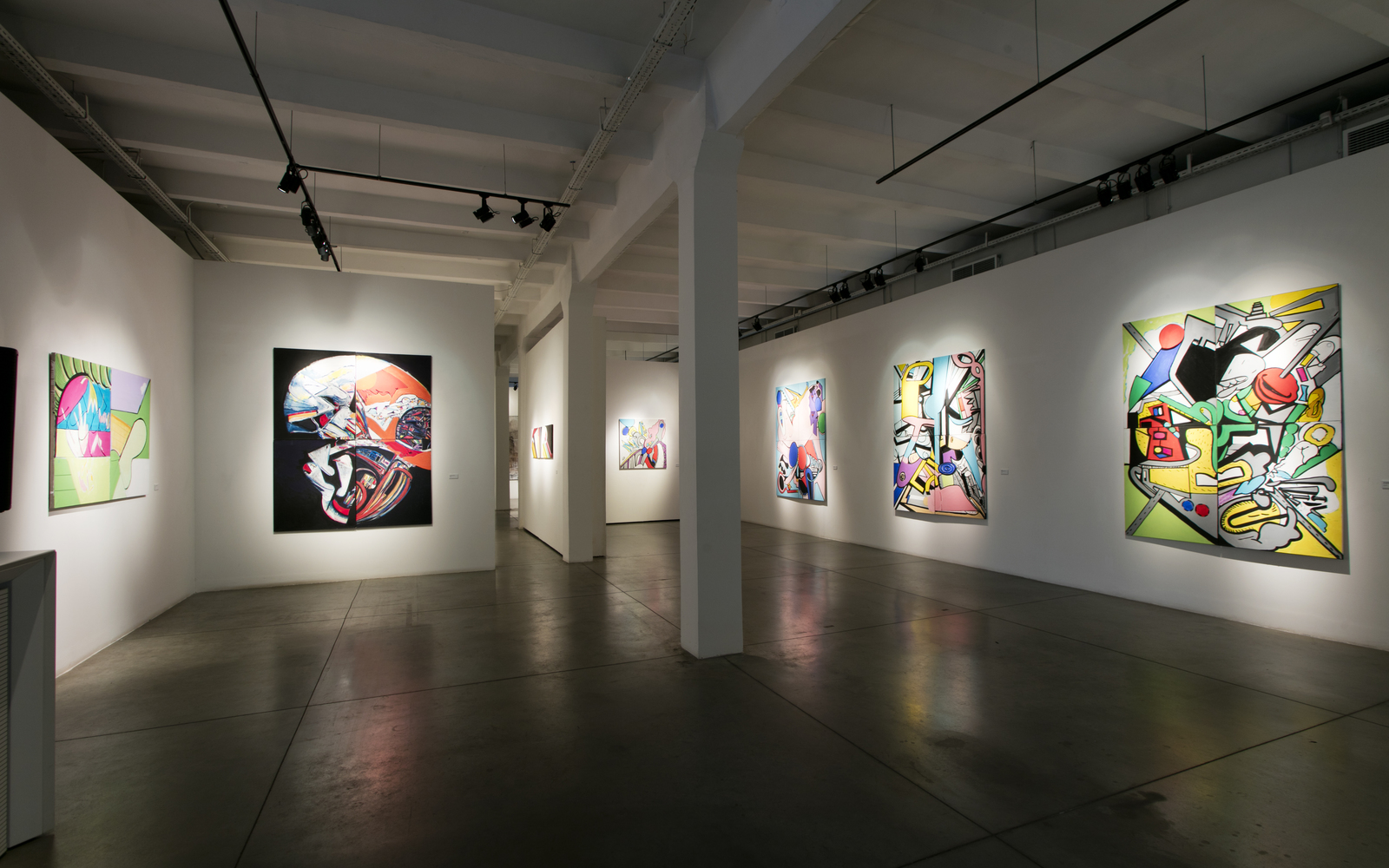 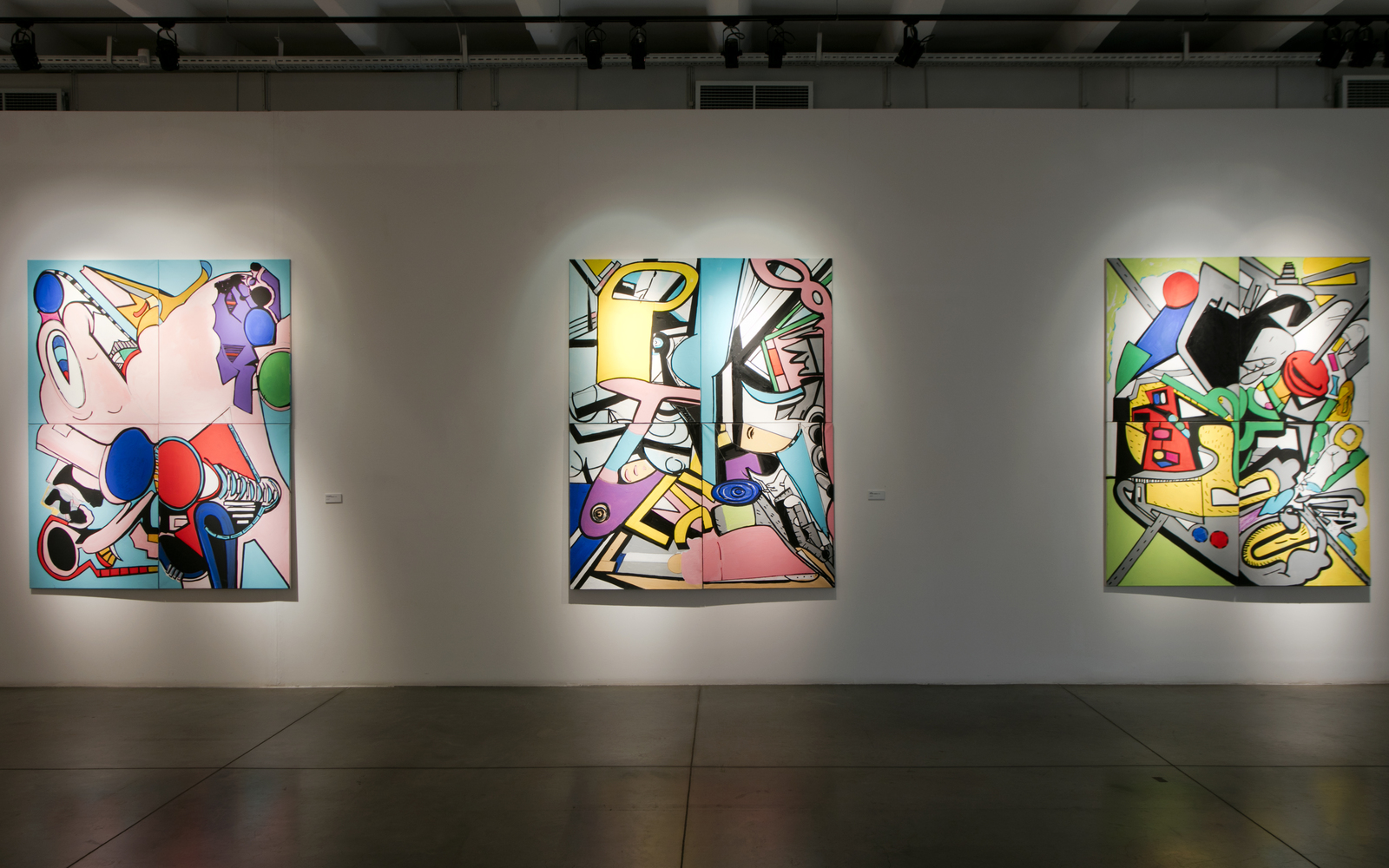 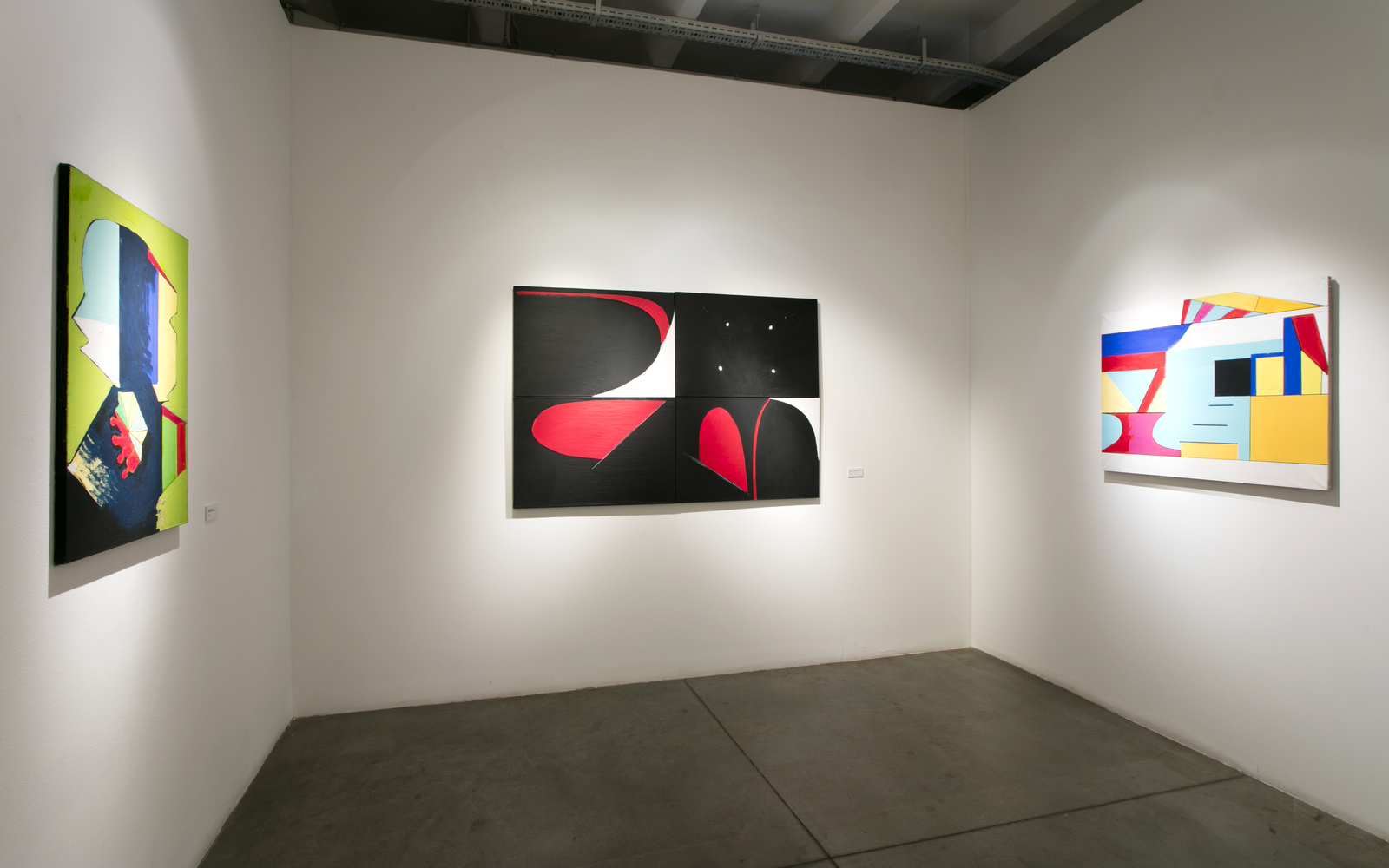 From the series "Fields of сosmic events", 2015

From the series "Fields of сosmic events", 2017

About green and other (four parts) from the series «Comics», 2017