VLADEY presents a solo exhibition PARADISO IDEALE by Alexander Vinogradov within the framework of the program «Artist of the Week».

In the new series, consisting of ten pictorial canvases, reflections from the window surfaces of the shops of the Italian fashion capital - Milan are captured. Mannequins, shops decorations are layered onto the views of the streets, landscapes, creating a new dimension. The showcase is a fictional beautiful cover of the consumer society, and the street is the ever-changing space of the everyday life. Due to the optical properties of the glass, we seem to see their merging: the interpenetration of the artificial and the living - the prototype of the future (present?) World. According to Vinogradov, the utopian title of the series refers to the failures of the Russian avant-garde dreams to build an ideal society: «paradise on earth» turned into a commodity-money equivalent.

This is the third personal exhibition by Alexander Vinogradov, who has been working outside the famous duet with Vladimir Dubosarsky since the year 2014. From 1994 to 2014, the duet Vinogradov & Dubosarsky created paintings that reflected entire epochs – the post-Soviet 1990-s and the glamorous 2000-s. Combining everyday Russian and Western media images, the artists created ironic, theatrical scenes reminiscent of the conditional «Russian fantasy».

In the solo work of Vinogradov, neither the characters nor the plot play a key role. His series of paintings and watercolors in 2016-2017 unite thoughts about the ever changing world that is escaping our understanding. In the paintings, Vinogradov displays the overlays of visible realities that he observes in the everyday life: the world itself is fancifully making up into a collage, then the reflections in the windows of trains or the glass of the display windows make it mingle. Vinogradov includes in the «reality» some elements of abstraction: draws parallels with the works of Malevich, depicts squares-glare, turns objects into color fields. After working in a duet, the artist returns to sketches by hand, to what he calls «live» drawing, without the use of «technical means». Vinogradov is more about improvisation, and his graphic manner is characterized by softer colors and a free interpretation of forms. 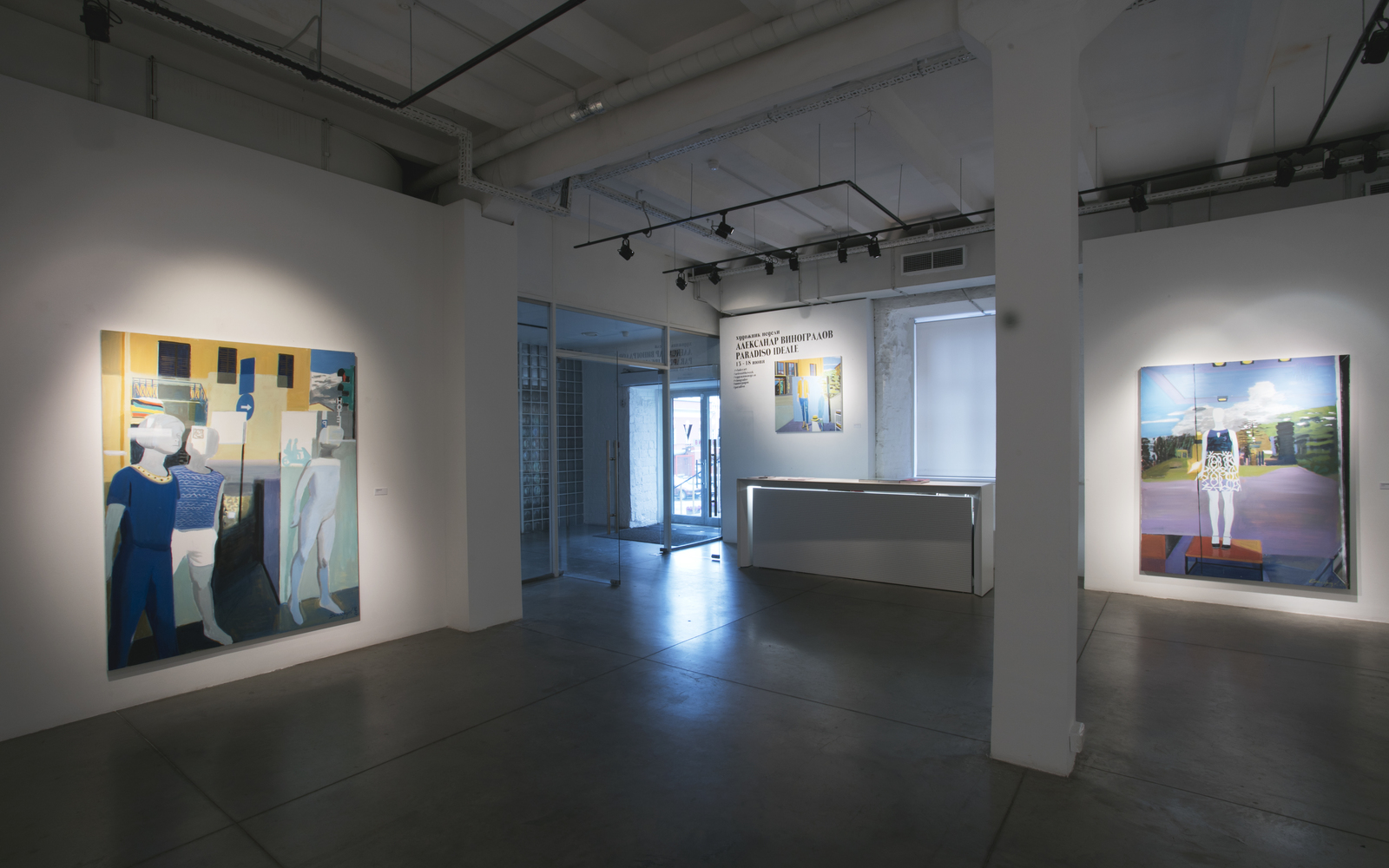 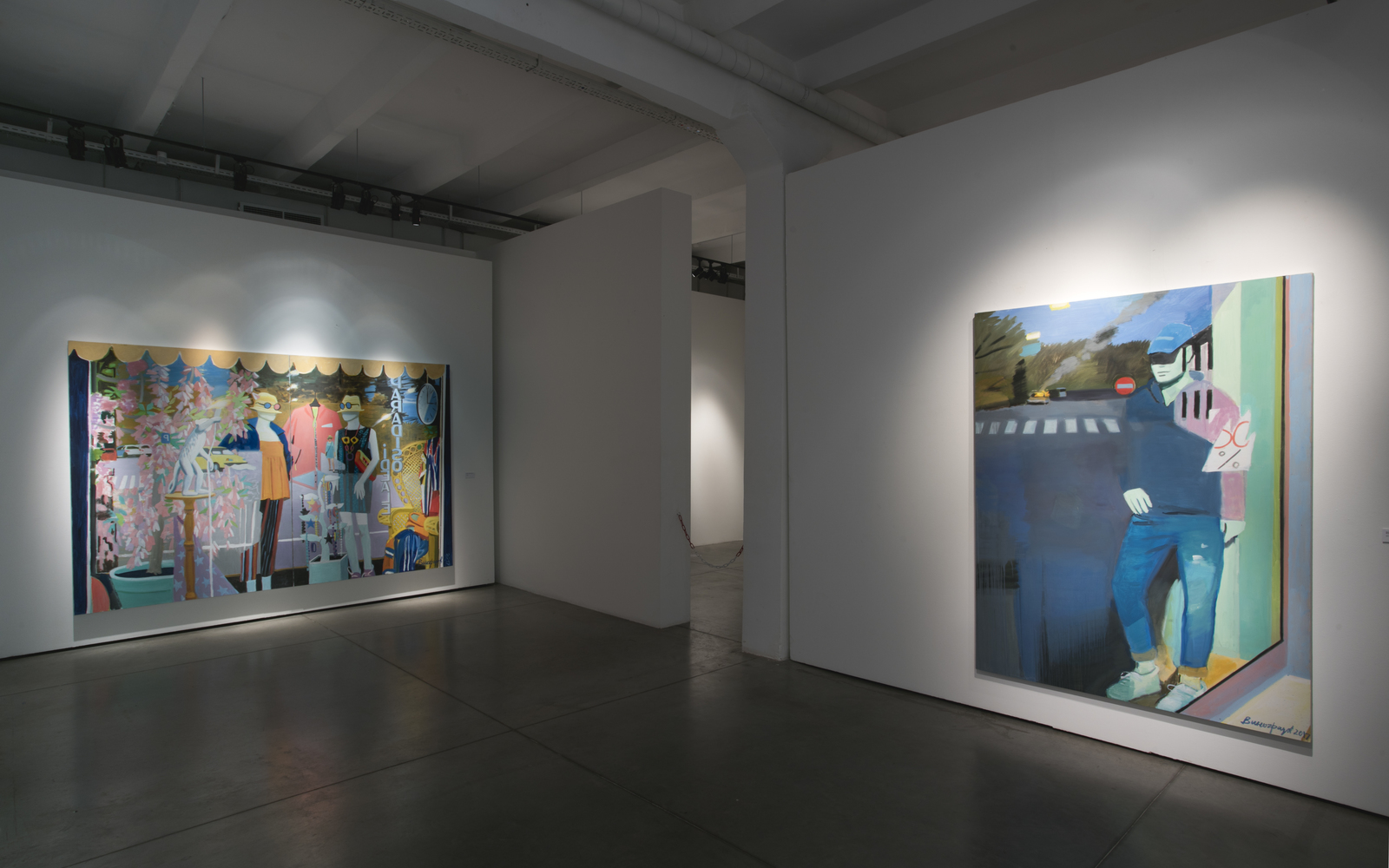 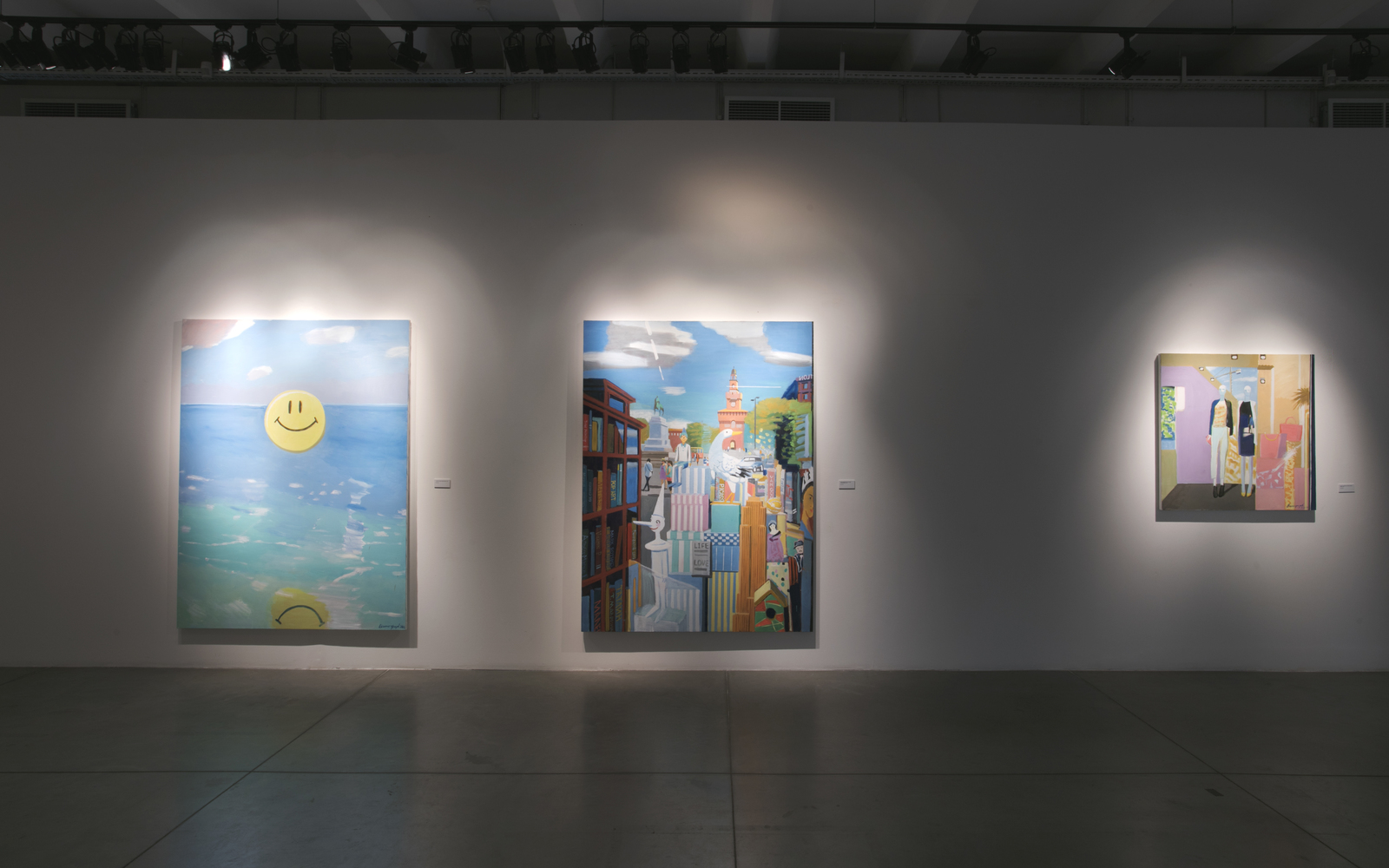 Milan under construction from the series PARADISO IDEALE, 2017

My bookcase from the series PARADISO IDEALE, 2017

Crossroads from the series PARADISO IDEALE, 2017

Siesta from the series PARADISO IDEALE, 2017

Selfie from the series PARADISO IDEALE, 2017